Dr. Felix-Martin Werner studied human medicine at the university of Bonn. He has been working as a medical teacher in the formation of geriatric nurses, occupational therapists and assistents of the medical doctor at the Euro Academy in Pößneck since 1999. He has been doing scientific work at the Institute of Neurosciences of Castilla and León (INCYL) in Salamanca (Spain) since 2002. With Prof. Rafael Coveñas, he assisted at over 30 national and 12 international congresses of neurology and published over 40 reviews about neural networks in neurological and psychiatric diseases. Since 2014, Dr. Werner has belonged to the editorial board of the Journal of Cytology & Histology.

Neurology and psychiatry or psycho-and Neuropharmacology 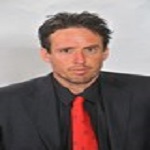 Biography: Simon Raymond is a Consultant (medicine and surgery) specialising in M ReadMore...

Simon Raymond is a Consultant (medicine and surgery) specialising in Medical and Scientific Research and an Alumnus of Melbourne University (Rank of Number 1 in Australia and Number 33 in the World). The above stated Researcher has acted as a Reviewer for the respected Medical Journal of Australia, has received invitations internationally to review from prestigious medical journals including Journal of American Medical Association Network. He has received award in recognition of his research by Royal Australasian College of Surgeons (PSC, 2006) and invited to conferences internationally as an official Delegate and Researcher, including that in USA and China. Dr Simon Raymond is a graduate of medical school who shifted from clinical practitioner medicine and surgery into a focus on high level scientific research. Dr Simon Raymond has acted as the Principle Researcher in the highest-powered form of medical trialâ€”Randomised Controlled Trial (RCT). The above stated Researcher is also a Member of the Golden Key International Society for Honoured and outstanding Academics and has been cited as a Notable Global Leader. Dr Simon Raymondâ€™s research has been indexed by well respected universities including Cornell University 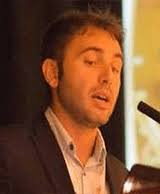 Raffaele Pilla, Pharm.D., Ph.D., Doctor Europaeus, received his Master’s degree in Pharmacy at G. d’Annunzio University in Chieti-Pescara, Italy in 2005, where he also served internships at the Cell Physiology Laboratory and Molecular Biology Laboratory. Prior, he was an Erasmus Student at Faculté de Pharmacie de Reims in Reims, France. He received his Doctor Europaeus in 2010 from Pitié-Salpétrière Institute in Paris, France. Also in 2010, he received his Ph.D. in Biochemistry, Physiology, and Pathology of Muscle at G. d’Annunzio University in Chieti-Pescara, Italy. He was hired as a Postdoctoral Scholar in the Department of Pharmacology and Physiology at the University of South Florida in Tampa, on two research grants funded by the Office of Naval Research (US Navy) and Divers’ Alert Network. He has written and lectured widely worldwide. He has been involved in on-going research at the University of South Florida with the use of ketone esters.

Dagmar Amtmann is a psychologist and UW research associate professor with the Department of Rehabilitation Medicine. Dr. Amtmann's research interests include improving measures of patient reported outcomes such as pain, fatigue, and participation using modern measurement theories; statistical analytic approaches using multilevel and latent variable modelling; and instructional, information, and assistive technology for individuals with cognitive disabilities (with a particular focus on reading and writing technology for both children and adults).

Biography: Joseph I. Sirven, M.D., is a professor of neurology and editor-in-chie ReadMore...

Joseph I. Sirven, M.D., is a professor of neurology and editor-in-chief of Epilepsy.com. He is currently chair of the AAN Education Meeting Subcommittee and he is on the board of directors for the American Brain Foundation and the editorial board of Neurology Now. Previously, he served as director of education for Mayo Clinic's Arizona campus with oversight over all educational activities at the Arizona campus, including medical student rotations, residencies, fellowships, Ph.D. candidates, nursing, allied health and continuing medical education programs. He was the previous chair of Neurology at Mayo Clinic's campus is Arizona and the previous vice chair of the Epilepsy Section of the American Academy of Neurology, chair of the Communication Council for the American Epilepsy Society and former chair of the Professional Advisory Board for the Epilepsy Foundation.

Intractable seizures plague approximately a third of epilepsy patients. Despite their prevalence, the mechanisms underlying intractable seizures remain unclear and difficult to study. One factor clouding our understanding of seizure intractability stems from existing animal models of epilepsy, which have not specifically modeled intractable seizures or genetic disorders that often associate with intractable seizures, like Focal Cortical Dysplasia (FCD) or Tuberous Sclerosis Complex (TSC). New animal models are greatly needed to understand the underlying causes of intractable seizures and develop new therapies aimed at these indications. Using in utero electroporation to transfect a small population of neurons in vivo with constitutively active mutant of Ras homolog enriched in brain (RhebCA), we have successfully developed a new mouse model of spontaneous epilepsy based on the genetic etiology of mTOR-o-pathies. This model recapitulates both anatomical and behavioral phenotypes of human TSC and FCD. RhebCA transfected animals develop focal cortical malformations that contain dysplastic neurons, cortical dyslamination and white matter heterotopia. Seizures also spontaneously develop as early as postnatal day18, and persist throughout entire lifespan of the animals (2 years). Seizures are the only complication these animals have, otherwise they are completely healthy, making them ideal subjects to study mechanistic causes of seizures and seizure-dependent downstream behavioral and physiological effects. With this model, we have elucidated several mechanisms that contribute to seizure-genesis in TSC and FCD. Lastly, we also use this model to develop new therapies, including novel cannabinoids and RNA interference approaches to mitigate refractory seizures

Biography: Dr. Denis Larrivee is a Visiting Scholar at the Mind and Brain Institu ReadMore...

Dr. Denis Larrivee is a Visiting Scholar at the Mind and Brain Institute, University of Navarra Medical School and Loyola University Chicago and has held professorships at the Weill Cornell University Medical College, NYC, and Purdue University, Indiana. A former fellow at Yale University's Medical School he received the Association for Research in Vision and Ophthalmology's first place award for studies on photoreceptor degenerative and developmental mechanisms. He is the editor of a recently released text on Brain Computer Interfacing with InTech Publishing and an editorial board member of the journals Annals of Neurology and Neurological Sciences (USA) and EC Neurology (UK). An International Neuroethics Society Expert he is the author of more than 80 papers and book chapters in such varied journals/venues as Neurology and Neurological Sciences (USA), Journal of Neuroscience, Journal of Religion and Mental Health, and IEEE Explore. In 2018 he was a finalist in the international Joseph Ratzinger Expanded Reason award.

Biography: Dario Furnari is Ph.d. in Applied Biomedical Sciences in the neuroscie ReadMore...

Dario Furnari is Ph.d. in Applied Biomedical Sciences in the neuroscience and traumatology and neuropharmacology sector

Dr Jacqueline Delfgaauw is Executive Director, Clinical Science. Experience in the clinical development of various products focused in pain will be a critical to Analgesic Solutions' ongoing success and rapid expansion going forward

Biography: Dr. Konstantin Slavin is a neurosurgeon in Chicago, Illinois. He is af ReadMore...

Professor Durodami Radcliffe Lisk is presently appoint as Consultant Neurologist in Ministry of Health, Coordinator of Epilepsy Project in Sierra Leone & Honorary Consultant Neurologist Basildon University Hospital in Essex UK. He has been awarded in many field of Neurology especially in Epilepsy including Gold Award for service development awarded by the South West Essex Primary Care Trust (National Health Service, UK) for the development of an Epilepsy service. He published number of books and author of many articles published in many reputed Journal. He is also an active Editorial Board member & Reviewer for many Journal.

Biography: Dr. Peter Kaplan is Professor of Neurology and serves as the Director ReadMore...

Dr. Peter Kaplan is Professor of Neurology and serves as the Director of Epilepsy and EEG at Johns Hopkins Bayview Medical Center. He focuses on epilepsy, clinical neurophysiology and nonconvulsive status epilepticus. He has written extensively about these subjects as well as about eclampsia and neurologic disease in women. Dr. Peter Kaplan received his medical training from St. Bartholomews Medical School, University of London. He then obtained membership to the Royal College of Physicians in England. He completed his residency in neurology at Duke University Medical Center. He completed fellowships in epilepsy and clinical neurophysiology at the same institution.

Biography: He is a Professor in Department of Neurobiology

He is a Professor in Department of Neurobiology

Biography: Brent T Harris is a Director of Neuropathology and Associate Professor ReadMore...

Brent T Harris is a Director of Neuropathology and Associate Professor of Neurology & Pathology in Georgetown University Medical Center, USA. As a neuropathologist and physician-scientist he has clinical, research and teaching interests in neurological diseases. He has active collaborations and research programs in his own lab in the areas of neurodegeneration and CNS neoplasia. His primary interest is in understanding how mechanisms of inflammation and glial-neuronal communication influence the pathophysiology of neurological diseases. In addition to investigating disease processes he also seeks to uncover targets for pharmacological intervention.

Biography: Dr. Milivoj Veličković Perat is a Director at Academy of Development ReadMore...

Dr. Milivoj Veličković Perat is a Director at Academy of Developmental medicine in Slovenia. He was born on June 3, 1937. Specialised in neuro-psychiatry and developmental neurology. Since 1973 he was a member of staff at the University Medical Centre, Paediatric Hospital in Ljubljana. He was a Professor at Medical Faculty of University of Ljubljana and a Head of the Centre of Developmental Neurology, National Register of at Risk Newborns, and the Cerebral Palsy Centre. For more than 40 years he has been working on the development of the central nervous system and the early brain damage, especially in the field of cerebral palsy.His post-graduate work was completed with Prof. Heinz Prechtl at the Institute of Developmental Neurology at Groningen University in the Netherlands. After research into possible risk factors in cerebral palsy he received his scientific doctorate (PhD) in 1983. He has organised several international and national professional conferences, symposia, congresses, workshops, and courses in the field of child and developmental neurology. In his professional field he has published more than 100 books and articles on medicine, particularly on child and developmental neurology.

Neuro-psychiatry,Developmental neurology, Development of the central nervous system and the early brain damage,especially in the field of cerebral palsy. Early detection of brain damage and developmental abnormalities.

Noormamode Youssouf, is the founder-President of Edycs Epilepsy Group in the Republic of Mauritius including Rodrigues island. Under his present leadership, he establishes the Edycs Epilepsy Health Service Centers in both Mauritius and Rodrigues islands with the support and collaboration of the Government and the Private Sector thro the CSR funding programme. . Noormamode Youssouf, graduated in Project Management, has also served on different committees mainly as Vice President of the Mental Health Federation, Vice Honorary President of the Macoss, umbrella organisation for Ngos in Mauritius, the National Youth Council, the Ngo Trust Fund, the Ministry of Social Security Visitors Rehabilitation Centers and currently he is occupying the position of Chair at the International Bureau for Epilepsy Africa Regional Committee.